About Up Front in the Prophetic Radio

Allen and Francine founded Up Front in The Prophetic Radio back in 2008. Our mission was, and still is today, to inform and educate on all realms of media to include Government, Business, Education, Supernatural, Family, Wellness and so much more.
In a world that is full of noise and confusion, Up Front in The Prophetic was established to bring truth and solid biblical answers to the issues of our day.

From call-in shows to commentaries, events, prophecy updates to news reports and national prayer calls, Up Front in The Prophetic is on the cutting edge to keep you, the listeners, informed.

We, at Up Front in the Prophetic, are always making sure we have the latest breaking and most compelling stories on our broadcast so our listeners can pick their particular shows of interest.

Thank you for joining us, we appreciate each and every one of you and pray God's blessing daily upon your lives. Catch His Fire!

Allen & Francine are an on FIRE apostolic/prophetic dynamic duo husband and wife team “dedicated to train and educate Ambassadors of the Kingdom with academic and biblical excellence while imparting the concepts and principles of the Kingdom of God.” Allen and Francine are transforming lives through the Love of Jesus, healing the sick, imparting prophetically, raising up sons and daughters and ministering nationally and internationally winning souls with the Resurrection power of the Holy Spirit. With Jesus as their model and a servant’s heart, it is their desire that people will be touched by the presence and power of God for His kingdom. 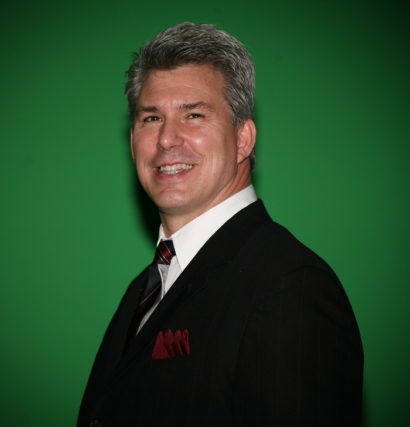 Allen grew up in a Christian home where his mother was a founding member of a local Baptist Church.  Allen was in church every Sunday and made a confession and was baptized at an early age.  Allen had fond memories of vacation bible school as well as other church events.  In his teens, Allen drifted from the church.  After graduating High School and then College, where he received a Bachelor of Science degree in History, Allen was still discontented and unfulfilled with his life.  After some serious soul searching, Allen had a dramatic conversion where he was SAVED!  After his conversion he joined the army, where after 11 years he had another awesome experience where he was introduced to the Holy Spirit’s Baptism.  After this, Allen’s desire for more of God could not be quenched.  After many hours of seeking God and interceding for lost humanity, the Lord appeared to Allen where he said “tell my people I’m coming soon.” From that day froward Allen has had a strong desire for people to have a personal encounter with the Lord Jesus Christ and to bring unity to the church. He is anointed with an Apostolic authority and a heart after God. He ministers Gods truth with simplicity, prophetic insight and wisdom educating and releasing others in the truth of the word.

Francine was raised in the church (Catholic), which she had not made the Lord the Lord of her life.  Through many circumstances growing up, she came to the conclusion that the emptiness she felt in the depths of her heart could not be filled by her own might nor her own power but through Christ Jesus. Soon after, her mother brought her to a revival service where she recalls, “I felt the hand of God on my life and knew that I would never be the same again”. It was then she committed her whole life to the Lord and was baptized in the Holy Spirit.

Through that experience she found herself having a deeper thirst & hunger for the supernatural things of God’s Spirit.  For the past 18 years she has been involved in the marketplace as a life coach and Inspirational speaker.

Having been raised up from the ashes of her early years, Francine has dedicated her life to pulling others out of their circumstances through the POWER of the Holy Spirit so that they can focus in on God’s unique plan of destiny for their lives. Today, She believes that in order to accomplish God’s mandate for His people we as a body need to get out of the four walls of the church and get back on the streets ministering to all people.

As a co-visionary of People of Prophetic Power, Eagle Mountain International and Up Front in The Prophetic,  Francine and her husband Allen work side by side, transforming lives through Jesus, healing hearts, imparting prophetically and winning souls with the Resurrection power of the Holy Spirit.  Francine’s passion is to see the lost saved and hurting restored, healed and set free.